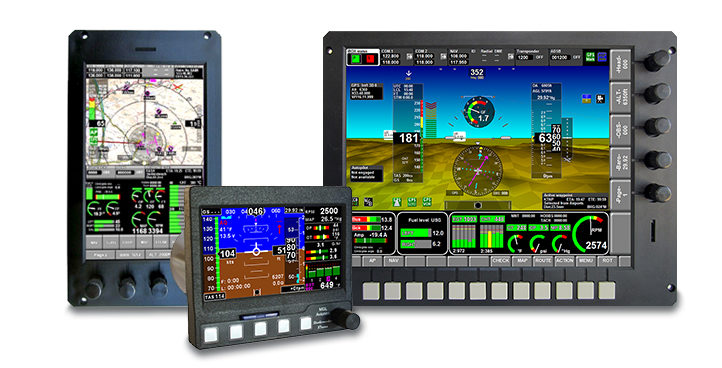 MGL offers advanced EFIS systems for your experimental and sport aircraft. Affordable and feature packed units will help you get the information you need. 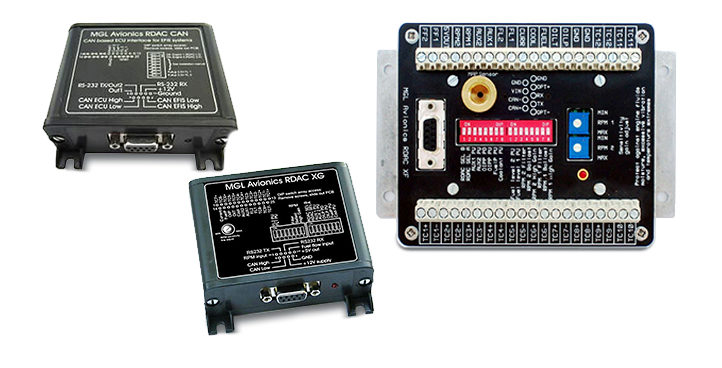 MGL Avionics has everything you need to monitor all aspects of your engine. Wether used with the EFIS systems or used to supplement our Blaze and Vega Singles, our RDAC units will help display important engine information.

Build you system with these low cost single instruments of replace your older steam gauges for more reliable instrumentation. 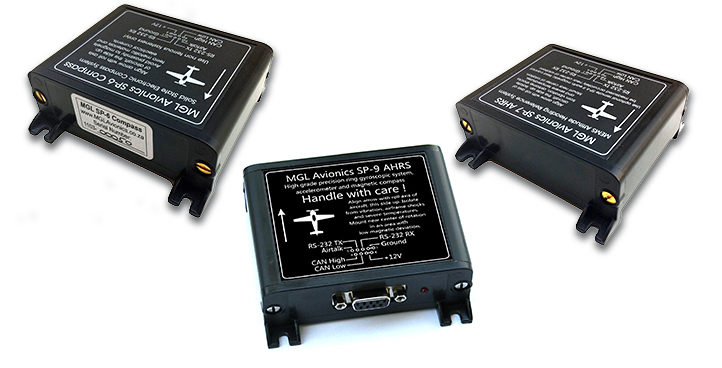 MGL Avionics AHRS Attitude and Compasssensors have advanced features to bring reliable flight attitude and compass information to your EFIS, XTreme or Vega and Blaze Singles. 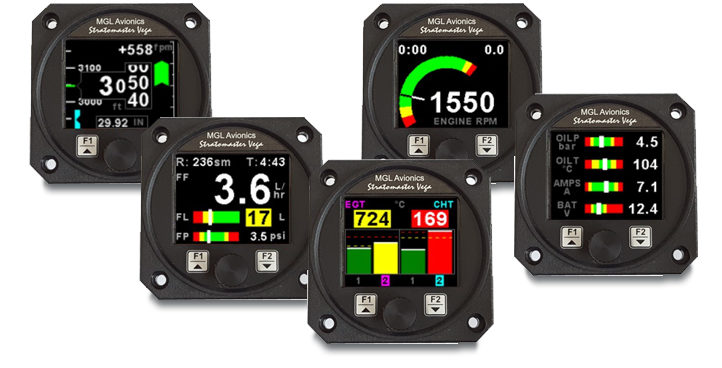 When space is an issue or if you are trying to arrange all your indications together the 2 1/4″ Vega Singles are exactly what you are looking for. 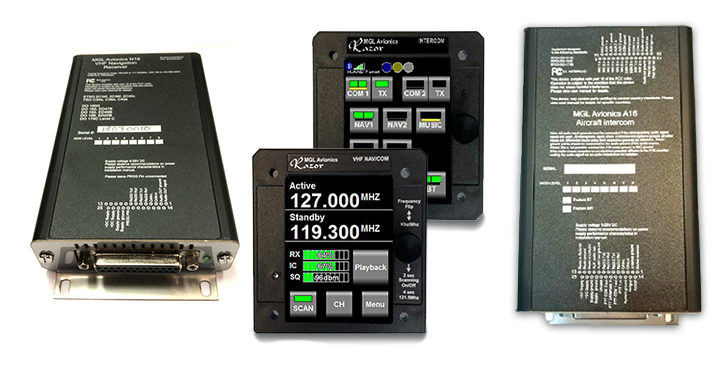 MGL has everything you need for communications and navigation. The A16 Remote COM radio, N16 Remote NAV Radio, A16 remote audio panel. Control the Radios through our EFIS systems or the Razor and Vega Controllers.

We have a knowledge base full of support articles to help you install and enjoy your MGL Avionics.

Have peace of mind knowing you are covered by a 3 year limited warranty for your MGL Avionics products.

Our customer support is available anytime to submit support tickets to get answers you can’t find in the knowledge base.

If you need repair, rest easy knowing we have the best in the business available to get you going again.

THE NEXT BEST THING IN INTEGRATED FLIGHT SYSTEMS

We went above and beyond to create a fantastic experience. The advanced features, customizable options and ease of installation make our EFIS systems a clear choice.

FOR PRODUCT SUPPORT VISIT THE CUSTOMER SUPPORT PORTAL
GET SUPPORT

: On this page I would like to tell the story of Enigma. Where did it start and what is the path we intend following? Hi, my name is Rainier Lamers and I am one of the two partners that founded MGL Avionics. I’m the guy that does all the hardware and software design and I often climb into production as needed. Of course, I run the company as well so I tend to be a little busy sometimes – but that is another story.

Enigma started five years ago, before we even released our very first instrument. But it never happened then. The technology was not there or in a form that we did not like. But the idea was and it slowly took shape. Many components where bought along the way for evaluation, displays where bought and discarded, software concepts planned and scrapped. During this time I designed all our other products and a few that we never released for various reasons. But Enigma was a goal. Now you know why we called it “the Enigma”. It was simply that and a better name did not exist.

So what is so special you may ask ?

Well, starting with our Ultra which has been our best selling instrument, I introduced a measure of user design and configuration. For the first time you could take control of how your screen layouts would look like, to a very large degree. Clearly, Enigma had to build on that.
But Enigma is far bigger and endlessly more complex. As I progressed, more and more requests from customers, aircraft builders and our ever vigilant distributors emerged. Enigma became serious. It was clear that a very powerful hardware platform was needed. While the hardware design had to be first rate using just the right components for the job, the software side is far more daunting. How can I make a system that is powerful, extensible and can support the clearly large software required ? The obvious answers would be to make a Windows CE or Linux system or perhaps use one of the lessor known RTOS as base. Use an embedded PC as the bases for the system itself.

I did none of that.

Being the author of an embedded development system (Embedded Pascal), I know a thing or two about writing compilers for small processors so, using that as a base, I wrote a compiler for the ARM 32-bit processor core. I choose this processor as it is a low power device, yet has the performance I need. The actual processor chip to use was finally decided on: The Atmel AT91SAM9261 with an ARM9 core. But it did not exist for a long time even after hardware development started and actual production versions of this chip have only been released a few months ago. I did most of the design using “Engineering samples”, often causing endless frustrations due to early bugs on the silicon.

So what about the operating system then ? Linux was a candidate, I must admit. In the end I wrote a system completely from scratch. I called it “FlightOps”.

Now, as everybody including Bill Gates will tell you, that is stupid. But it has some merits. Being able to write the development system compiler AND the operating system allows me to optimize the system tightly around the hardware, i.e. the processor core and its exact abilities. This allows another advantage: I need less memory and can even run right out of Flash. Less memory means I can implement all memory as static memory (this is the kind you would use in outer space due to it’s radiation resistance). Static is expensive but good.

So, there you have the basics: hardware in all respects, operating system and the actual application programs all done by a single person. That is good. Everything fits together in a way that is impossible to achieve when many people are involved. Here we do not have the traditional costly and time consuming conflict between the hardware department (which does not know a lot about software) and the software department (that knows nothing about the hardware). [Inserted note by MGL Avionics US: The fact that a single person has designed the hardware and software means that speedy development was possible. However, the continued support and development of the product is handled by a growing team of capable and qualified persons].

Displays are a story on their own. You have the choice of “expensive”, “cheap”, “somewhere in between expensive and cheap”, “very good”, “OK”, “bad” and every possible combination. Some are good at something, but bad at other things. Some are good but difficult to get or have unreliable supply. Many display manufacturers make to order. That means you have to buy a serious quantity (perhaps 1000 or 2000). That is a lot of money. But displays are one of the most important items in our instruments. So we solved this problem nicely. We found a display manufacturer that can listen and that understands us. We tweaked and modified displays until they were right. What is the big issue you may ask ? The issue is simple: We need a display that you can view with direct sunlight falling onto the display (and I am talking about the very bright sunlight you get here in South Africa – not the mushy glaze in London !). At the same time the display must not require a huge amount of power to achieve this. Power consumption is a major issue for me. It has a direct effect on overall system reliability and lifetime. Enigma has the lowest power consumption of any EFIS. That is no accident.

OK, so now we know a bit about Enigma. Again, what is so special ?
Enigma is intended to be an open, extensible system. This starts at mundane things such as data formats used for waypoints, airfield information, maps, airspace data and so on. Traditionally, an EFIS manufacturer would develop a system and then closely guard all data formats, encrypted if required. Usually you would then need to enter into a subscription agreement to get the maps for your EFIS.
I did not like that and after a few probes where sent out to see if we can use existing formats, it was clear the best thing to do would be to reinvent the wheel and then to publish the data formats putting them into the open domain. This we will do the moment our formats are deemed stable (i.e. not subject to frequent changes). This will do two things: Firstly, anybody can contribute (we provide the tools for free) and any other EFIS manufacturer can use our formats if they so desire, no strings attached.
Data formats are one aspect, but Enigma goes further: If you are handy with writing software programs you might want to see some of your own software run on the Enigma hardware. This can be done on three levels. The first is you write a small “user” program that is executed as part of our own Enigma application, much in the way you can run a program on a PC. Your application can take ownership of one or more screens and you have access to all functions and sensor data.
The second level is you use our FlightOps operating system but provide a complete application yourself.
The third level is the most ambitious – you provide all software, including operating system.
Required documents and tools will be released as they become available – let’s see how this plays out…

Finally, the Enigma as you see it now, is the start of a family of compatible instruments. Work on the larger brother [the Odyssey] is underway !

Now you have a good overview of what Enigma is. It’s much more than just an EFIS.